Be surrounded by history and wildlife beside the 8th Century ancient monument along the English Welsh Border.

As of 24 March 2020, to reduce the spread of Coronavirus (Covid 19), Welsh Government has now enacted emergency legislation to allow the closure of public footpaths and access land in Wales. This legislation is called The Health and Protection (Coronvirus, closure of Leisure Businesses, Footpaths and Access Land (WALES) (Regulations 2020).
These are areas which are liable to large numbers of people congregating or being in close proximity to each other, or the use of which otherwise poses a high risk to the incidence or spread of infection in its area with the coronavirus. This new legislation affects some sections of National Trails in Wales.
Please check local authority and National Park websites for details of closures.

Please just use these for inspiration for the future. Current restrictions mean that you are not able to travel to enjoy the National Trails. Offa’s Dyke Path: In the footsteps of King Offa 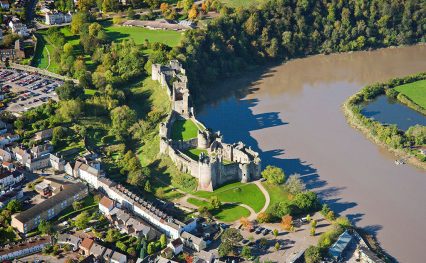 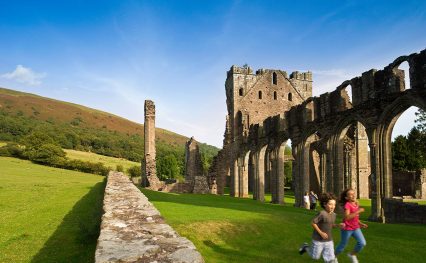 Offa’s Dyke Path is a 177 mile (285 Km) long walking trail. It is named after, and often follows, the spectacular Dyke King Offa ordered to be constructed in the 8th century, probably to divide his Kingdom of Mercia from rival kingdoms in what is now Wales

The Trail, which was opened in the summer of 1971, links Sedbury Cliffs near Chepstow on the banks of the Severn estuary with the coastal town of Prestatyn on the shores of the Irish sea. It passes through no less than eight different counties and crosses the border between England and Wales over 20 times. The Trail explores the tranquil Marches (as the border region is known) and passes through the Brecon Beacons National Park on the spectacular Hatterrall Ridge. In addition it links no less than three Areas of Outstanding Natural Beauty – the Wye Valley, the Shropshire Hills and the Clwydian Range / Dee Valley.

The Trail passes through many different types of landscape. The upland stretches in the Brecon Beacons and Clwydian Range can be hard going in poor weather or visibility. The flattest stretch is the section which largely follows the River Severn and the Montgomeryshire Canal. Elsewhere it is largely a case of gentle ups and downs.

Offa’s Dyke Path can be walked right through the year.  Most people walk between April and October. Spring and early summer are best times to see the flora along the way.

The journey of the Offa’s Dyke Path through the borderlands of England and Wales truly offers something for everyone. Whether you are looking for a gentle stroll for an hour or two, or wish to undertake the whole Trail over a couple of weeks or more, a memorable walk amid spectacular countryside is guaranteed.

The landscape is always stunning, from the riverside meadows of the Wye and Severn valleys to the peaceful rolling hills of Shropshire and Powys and the dramatic heather clad uplands of the Black Mountains and the Clwydian Range / Dee Valley.

And, of course, the Trail frequently follows the impressive Offa’s Dyke itself. This amazing hand-dug bank and ditch was built in the 8th century by command of King Offa of the ancient Anglo-Saxon kingdom of Mercia. It was probably intended to divide Mercia from rival kingdoms in what is now Wales, and some sections still form the England/Wales border today. This narrow pillar of limestone on the Offa's Dyke Path has magnificent views over Tintern Abbey. Legend has it that the devil preached from the ‘pulpit’ to the monks below,… Hay-on-Wye is often described as "the town of books". This pretty market town lies on the east bank of the River Wye just inside the Brecon Beacons National Park. The… Medieval stone castle overlooking the Wye, cited as oldest surviving stone castle in Britain. The ruins of Chepstow Castle have a spectacular setting on cliffs over the River Wye. This powerful… Monnow Bridge is the sole remaining medieval fortified river bridge in Britain where the gate tower stands actually on the bridge. The bridge crosses the River Monnow in the Welsh border… Pontcysyllte Aqueduct is the longest and highest aqueduct in Britain and is often called 'the stream in the sky.' Everyone should experience a trip over Thomas Telford and William Jessop's… Well preserved medieval castle along side the Offa's Dyke Path National Trail. One of a group of three castles, the others being Skenfrith and Grosmont Castles. All three are linked… Partly ruined Augustinian priory at the foot of Black Mountains in the secluded Vale of Ewyas, a steep sided once glaciated valley within the Black Mountains area of the Brecon…