Trace ancient routes on a modern-day pilgrimage through Surrey to the Kent Coast at Dover, along one of England's most accessible trails

Passing through the Surrey Hills and the Kent Downs from Farnham to Dover, the North Downs Way offers magnificent views and fascinating heritage, following the legendary and historic Pilgrim’s Way. Explore the North Downs Way for three days, a week or even longer. Find inspiration for your walking adventure using our suggested itineraries, or select one of our bookable itineraries which are highlighted with a star. In the Footsteps of Pilgrims: From the Surrey Hills to the Kent Downs

A picturesque walk taking in quaint towns and villages and beautiful Kentish landscapes. 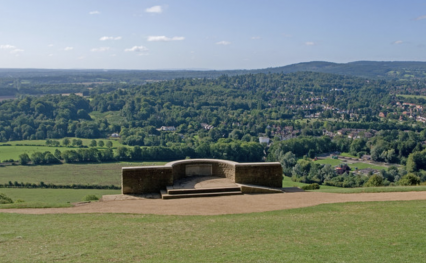 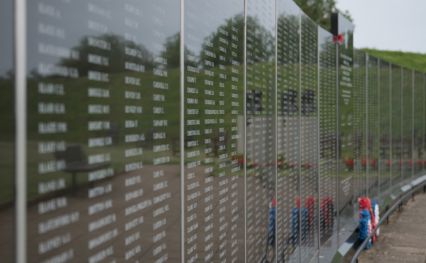 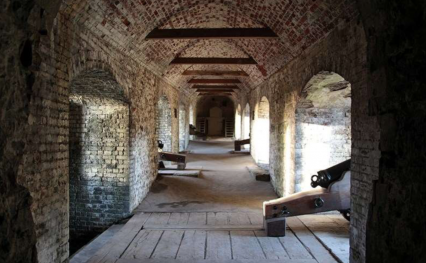 Spectacularly situated above the White Cliffs of Dover, this magnificent castle has guarded our shores… 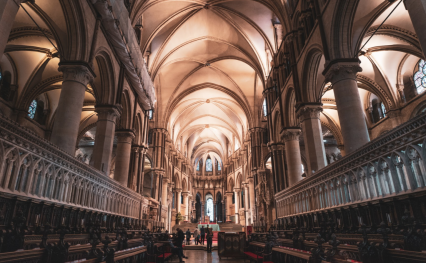 Canterbury Cathedral in Canterbury, Kent is one of the oldest and most famous Christian structures… Country Houses and Holy Places: A Pilgrimage Through the Garden of England

Follow an ancient pilgrimage route, along the rolling downland of Kent: the Garden of England, for 5 fantastic days. Valleys, Viewpoints and Vineyards: A Pilgrimage Along the North Downs Way

Explore secret valleys and rolling pastures, rambling vineyards and chalk hills on a 4-day hike, just an hour from London.

Find useful facts and learn more about the North Downs Way below. Select the blue tabs below for more details.

Running from Farnham to Canterbury and the White Cliffs of Dover, the Trail passes through two Areas of Outstanding Natural Beauty, the Surrey Hills and the Kent Downs, and along the famous Pilgrims Way (or Pilgrim’s Way) from Winchester to Canterbury – one of England’s most famous cities.

You’ll discover history every step of the way: there are eight castles, three cathedrals, three archbishops’ palaces and numerous stately homes and gardens close to the Trail. After a day of exploring, you can sample English ales flavoured with Kentish hops at traditional English country pubs and inns, or try sophisticated wines from one of the various local vineyards.

The North Downs Way can be enjoyed at any time of the year and the most popular direction to walk the Trail is from West to East, although many travellers arriving in Folkestone and Dover choose to walk the route in the opposite direction.

Much of the Trail follows relatively level ground but around the scarp slope of the North Downs there are a number of inclines rewarded by fantastic views across the High Weald. The section from Guildford to Reigate with St Marthas, Albury Down, White Down, Box Hill and Colley Hill is more challenging.

The National Trail passes fascinating Neolithic sites, Roman and Napoleonic forts and WWII fortifications, the ancient city of Canterbury – home to the world-famous Canterbury Cathedral – and the historic seaside towns of Folkestone and Dover.

Pilgrims Progress to Canterbury & Coast Follow the North Downs Way from the village of Wye across the Kent Downs, an Area of Outstanding Natural Beauty (AONB), to reach the coast at Dover. This flexible itinerary then offers the option of continuing on to the historic old ‘Cinque Port’ of Deal or going on a personal pilgrimage to the magnificent Canterbury Cathedral – the site of Thomas Becket’s martyrdom in 1170 and a World Heritage Site. The route offers superb scenic tranquility across a mixture of woodland, open chalk downland and rolling hills, providing stunning views across the English Channel as you head towards the White Cliffs of Dover. From Folkestone, the walk skirts the Kent coast and cliffs, winding its way on to the seaside town of Deal on the 6-day itinerary – or – on the 7-day itinerary, heading inland from Dover to Canterbury, following in the footsteps of medieval Pilgrims.

London Gatwick and Heathrow Airports are both within an hour’s drive of the start of the Trail at Farnham.

From Heathrow Airport, take a rail-air coach link to Woking railway station where you can catch a direct train to Farnham.

From Gatwick Airport, take the Gatwick Express to London Victoria station and transfer to London Waterloo for rail services to Farnham.

By bus or train

The North Downs Way is one of, if not the most, accessible National Trail by the rail network with over 30 train stations on or near the Trail.

One of the unique attractions of the North Downs Way is that you can get around really easily and the start of the Trail at Farnham is very accessible by public transport.

From the end of the Trail at Dover there are regular train services from Dover Priory train station to London. National Express operates frequent coach travel between London and Dover.

You can find up-to-date information on bus services at www.traveline.info.

The rail and motorway infrastructure run in the same corridor as the North Downs Way National Trail, and although rarely seen or heard, you’re never far from a train station or major road network.

The Trail runs close to the major motorway networks of South East England.

The starting point at Farnham is just off the A31 and the end point at Dover is located on the A2 and near the M20 motorway.

Access by car via M25/M26/M2 and M20 is straightforward either from mainland Europe arriving in East Kent, or from London airports.

This National Trail passes through the very best landscapes – places you may want to explore for several days at a time. From cosy country inns to characterful cottages, we’ve got your accommodation near the North Downs Way covered. You can find accommodation along the trail by using our interactive map.

Turn a walking weekend into a modern-day pilgrimage and visit some of England’s grandest castles, stately homes, churches, abbeys and its foremost cathedral at Canterbury... Waverley Abbey in Surrey was the very first monastery founded in Britain by the reforming Cistercian religious order. A small group of monks from France settled in this quiet spot… Standing on the crest of a hill overlooking the town of Farnham are the impressive motte and 'shell keep' of a castle founded in 1138 by Henry of Blois, Bishop… Strategically placed astride London Road, guarding an important crossing of River Medway, this imposing fortress has a complex history of destruction and rebuilding. Today it stands as a proud… A significant site of international maritime heritage and the most complete Dockyard of the Age of Sail in the world. Eighty acres in size, the Historic Dockyard Chatham has over 100 buildings and… The Friars is open every day from dawn to dusk, all are welcome. We are home to a community of Carmelite fathers and have been since 1242, Whitefriars to give… Canterbury Cathedral in Canterbury, Kent is one of the oldest and most famous Christian structures in England and forms part of a World Heritage Site. It is the cathedral of… See conservation in action at Howletts Visit Howletts, Kent's original wildlife park, it's a unique adventure like no other! As we’re a conservation charity, your visit helps us to protect wildlife here in the… Spectacularly situated above the White Cliffs of Dover, this magnificent castle has guarded our shores from invasion for 20 centuries. Explore the darkly atmospheric Secret Wartime Tunnels, now with a…