There is guidance in England and Wales on staying safe and protecting others in greenspaces.

Relevant advice when using public rights of way in England is: The Source of the Thames to Henley

6 days of gentle walking starting at the source of the mighty Thames in the Cotswolds and ending at the famous regatta town of Henley. 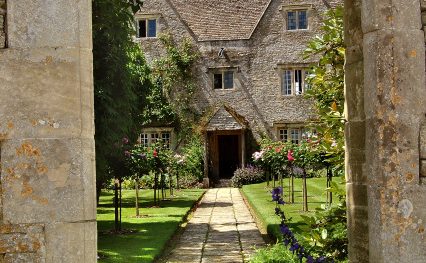 Kelmscott Manor, a grade 1 Listed Tudor farmhouse adjacent to the River Thames was the… 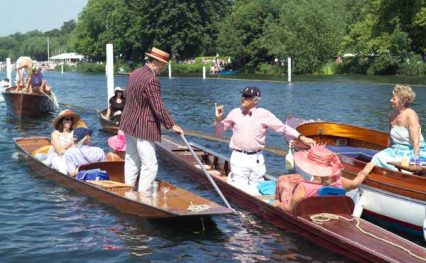 Henley is inextricably linked with the River Thames. Best known for its annual Royal Regatta,…

From Henley-on-Thames, home of the world famous regatta, to Windsor, the Queen's weekend retreat Find useful facts and learn more about the Thames Path. Select the blue tabs below for more details.

The Thames Path is a long distance walking trail, following England’s best known river for 184 miles (294 Km) as it meanders from its source in the Cotswolds through several rural counties and on into the heart of London. On its way the Trail passes peaceful water meadows rich in wildlife, historic towns and cities and many lovely villages, finishing at the Thames Barrier in Woolwich just a few miles from the sea.

Easy to reach by public transport, the Thames Path is a gentle Trail, able to be walked by people of all ages and abilities. This National Trail can be enjoyed in many ways, whether for an afternoon’s stroll, a weekend’s break or a full scale, but relatively gentle, trek of its whole length.

The Thames Path is a gentle Trail, suitable for people with a wide range of abilities.

The best months to visit are spring through to the end of autumn. If you’re interested in wildlife there are always a range of birds present on and around the river but they’re at their most active and visible during April and May whilst establishing territories and finding mates. If you’re keen on wildflowers, then April to September is the time to visit, and if insects such as butterflies, damselflies and dragonflies are the things you’d most like to see choose June to September.

The Thames Path is unique, it’s the only long distance path to follow a river for most of its length. And, of course, it’s the river that gives the Thames Path its character and fashions the countryside through which you will walk.

At the start, the source of the River Thames in a field in the Cotswolds, you may well find no water at all. However, gradually as you travel the trickle becomes a stream and soon a river bordered by willows and alders. As far as Oxford, apart from a couple of small towns and a few villages, there is a real sense of remoteness and rural tranquillity as the Thames winds its way through flat water meadows grazed by cattle or sheep, or fields of crops.

Beyond Oxford, the city of dreaming spires, you will still be in the heart of the countryside but the river continues to widen, the willows seem to grow larger, and settlements become more frequent. From Goring, where the Thames Path coincides for a short distance with another National Trail, The Ridgeway, the Chilterns provide a wooded backdrop, the colours changing dramatically with the seasons.

When you reach Henley, the Trail starts to get busier with more people enjoying picnics on the bank, or boats on the water. Usually however, once you’re away from towns or villages around a bend or two of the river, you’ll regain the rural peacefulness. As the Thames Path passes beneath Windsor Castle, you are reminded that you are following a Royal river, and the palaces of Hampton Court and Kew soon to follow confirm this.

From the last non-tidal lock on the Thames at Teddington, you can choose to walk on either the north or south banks of the river through London. You’ll pass leafy Richmond and Kew, remarkably green areas, before entering the heart of the City and on to the final section of the Thames Path amongst restored warehouses and working wharves in London’s docklands.

Explore the river by boat, visit the fabulous stately homes, palaces, gardens and nature reserves along the way. Stop off to enjoy the sights of Oxford and London. Tranformed into a magnificent palace by Cardinal Thomas Wolsey,(c.1514) a favourite of King Henry VIII, it was passed to the King when Wolsey fell from favour. It was rebuilt and… If you would like to have a break for a picnic when walking between Staines and Laleham, one place to stop is the island by Penton Hook Lock.  Just cross… Swinford Toll Bridge is a privately owned toll bridge south of Eynsham, which crosses the River Thames just above Eynsham Lock. The bridge, constructed in local stone in the Georgian style,… An ancient landscape and a vital refuge for wading birds, Chimney Meadows is the Berks, Bucks & Oxon Wildlife Trust's largest nature reserve. The reserve is of national importance for… Saint Dunstan in the East

This beautiful place is the perfect spot for lunch on a hot day. It's only a short distance from the Thames Path and well worth a visit.The Church of St… Punting is a quintessential pastime in Oxford and a great way to explore the river. A punt is a flat-bottomed boat with a square-cut bow. The punter generally propels the…