Take in the wild, dramatic coastline of the Exmoor National Park on a 3-day hike from Minehead to Combe Martin.

This walk takes in the dramatic coastline of the Exmoor National Park, with its contrasting landscape of quaint villages, lonely moorland, rugged cliffs and dense coastal woodlands. Running from Minehead to Combe Martin, the scenic splendour of this stunning stretch of coastline was central to Exmoor achieving National Park Status in 1954.

Explore the unique landscape of Exmoor’s coastline – much of which has remained largely unchanged since smugglers plied the lonely shores and romantic poets strode out across the moors in search of their muse. All along this walk there are some fantastic views across the Bristol Channel to the Welsh coast and Lundy Island.

The first day’s walk takes you to Selworthy Beacon with spectacular views over the moor and on to Hurlstone Point overlooking the magnificent Porlock Bay. On day two, the route takes you past Hollow Brook – one of the highest waterfalls in Britain, dropping 200 metres to the sea. It then leads you to the twin villages of Lynmouth and Lynton, connected via a water-powered cliff railway that’s been operating since 1890.

There are more rewarding views on day three after a steep climb to the highest point on the Coast Path at Great Hangman: 1043 feet above sea level. After many ups and downs, you’ll feel a great sense of achievement on reaching Combe Martin. 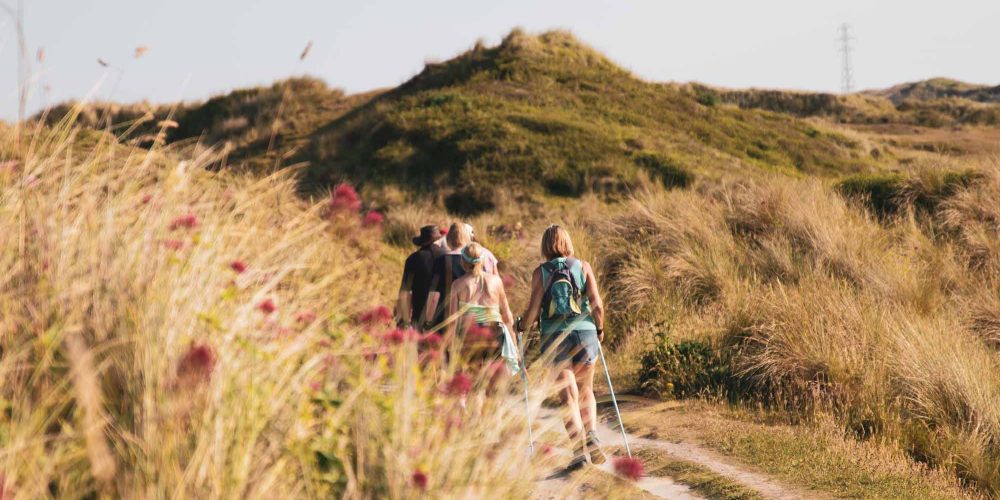 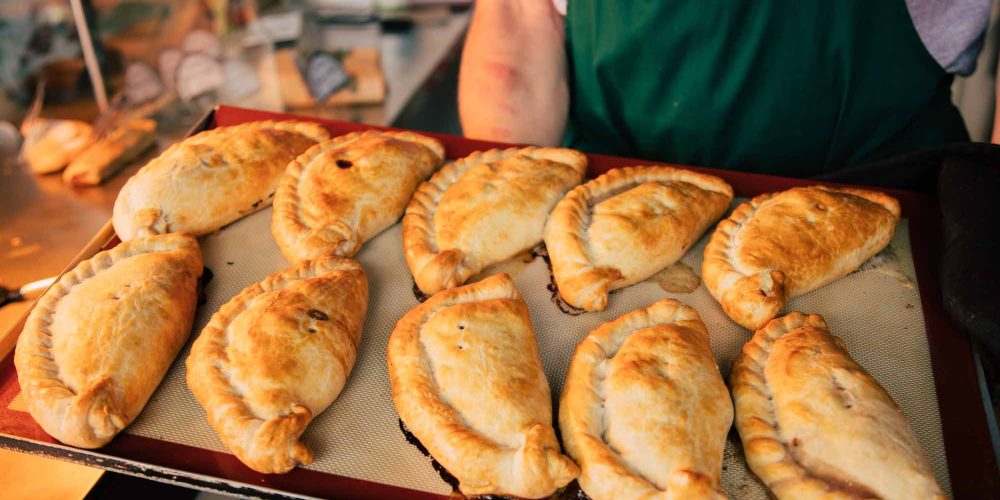 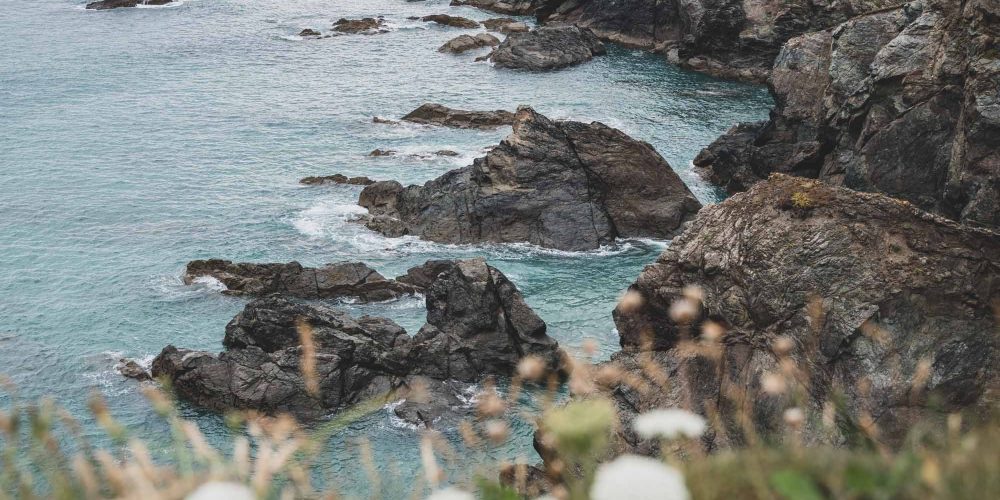 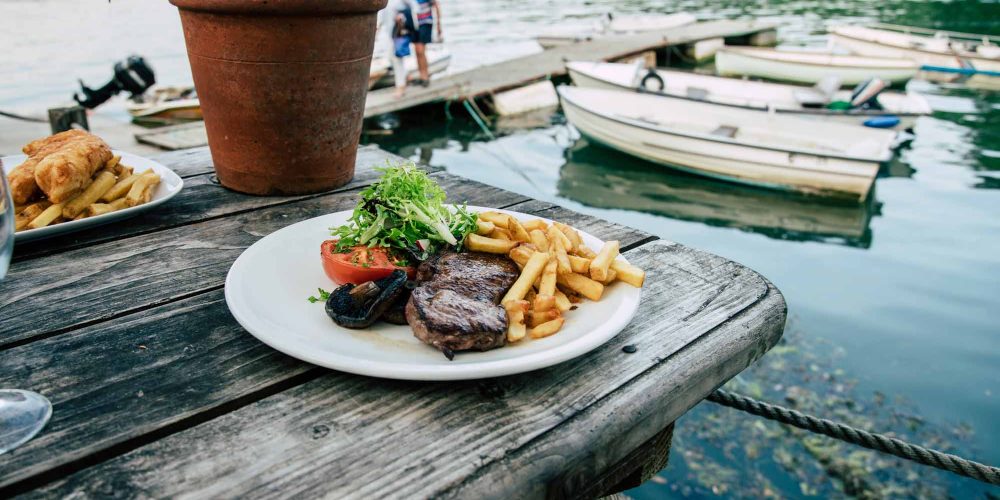 This wild stretch of coast includes some fairly strenuous climbs up and down steep slopes and steps to reach beautiful coves. The daily distances are fairly consistent and some involve several hundred metres of ascent and descent, so don’t underestimate the time/effort required.

Leave the bustle of Minehead behind on the first section of the 630-mile trail, along the coast of wild Exmoor – the loftiest stretch of coastline in England with cliffs rising to 250m /820feet and the second highest tidal range anywhere in the world. Follow the dramatic route known as the ‘rugged’ coast path which runs closer to the coast, or stay more inland on the moor and enjoy the expansive views from Selworthy Beacon. There’s plenty to look out for as the Exmoor coast provides a rich habitat for many beautiful and rare species of flora and fauna: including the blackneck moth, red deer, stag beetles and whitebeam trees (relatives of the rowan or mountain ash, unique to Exmoor). 14.3 km / 8.9 miles

Leave the enchanting little harbour of Porlock Weir and climb the steep slopes into Yearnor Wood. This section of the Coast Path, journeys over dramatic cliff paths and through beautiful wooded combes with seasonal waterfalls and streams. From Culbone, follow the clifftop route for spectacular views across the Bristol Channel to the Welsh coast or take the more direct path through ancient Culbone Woods. Either way, this is a dramatic landscape which provided the inspiration for the wild coastal settings in Samuel Taylor Coleridge’s Kubla Khan and The Ancient Mariner – both written whilst staying on Exmoor. 19.5 km / 12.1 miles

An easy start on tarmac to Castle Rock turns to grassy clifftops, which then lead to the spectacular rock formations of The Valley of Rocks. This is part of R. D. Blackmore’s Lorna Doone territory and the landscape is so extraordinary that legend has explained its origin as the acts of the Devil. From here there are some challenging climbs, including reaching the highest point of the South West Coast Path, and lovely views along beautiful stretches following the edge of the land, away from civilisation.  22 km  / 13.7 miles

There are a range of comfortable pubs, inns, hotel and hostels to lay your head near the Coast Path for a well-earned rest. From large and luxurious hotels, to small and personable B&B’s, as well as self-catering options and campsites. There’s ample choice in Minehead and Lynmouth but options are more restricted on the less populated sections. The gloriously eccentric Anchor at Porlock Weir is a uniquely English experience.

Fly to Bristol or Exeter then train and bus to Minehead. Taunton is the nearest mainline railway station. You can catch the number 300 bus from here to Minehead, but there is currently no direct service from Minehead to Lynton. The number 309 bus runs between Lynton and Barnstaple and the 301 between Barnstaple and Combe Martin. For further details visit Traveline or phone 0870 6082608.

This is a relatively short but varied itinerary that could be tackled at any time of year. The scenery is fantastic all year round, but Autumn is especially dramatic when the vast swathes of heathland become a purple haze of heather and the wooded combes turn golden brown.

Expect to find fresh seafood at pubs and restaurants in the larger towns and some refreshing local ales from local breweries like Quantock and Exmoor Ales, whose celebrated Exmoor Gold was one of England’s first refreshing golden ales. The Culbone at Culbone and the Rising Sun at Lynmouth are highly recommended. 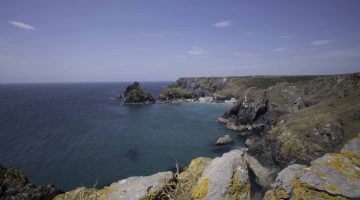 A challenging 4-day walk from the historic fishing village of Clovelly to the amazing castle ruins of Tintagel. 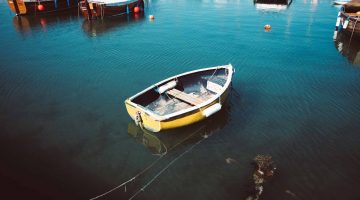 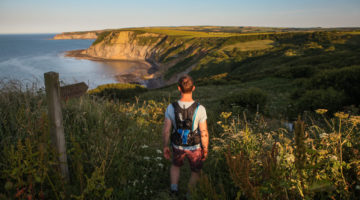