The Pennine Way reaches its highest point in the North Pennines AONB, not too far south of the market town of Alston. This is striking countryside: lofty, rugged and remote. A landscape of exposed heather moors, mighty fells, steep-cut valleys, lush meadows and cascading streams. But it’s also a landscape of human touches, where prehistoric peoples built mysterious circles of stone, Romans erected fortresses, centuries of miners burrowed into the mineral-rich earth and generations of farmers laced the slopes with drystone walls.

Alston is a Walkers are Welcome Town, so a great place to start exploring on foot. Hikes in the area, along the Pennine Way and beyond, will afford big-sky views that stretch all the way to Scotland. But they’ll also reveal fascinating details, from shaft mounds and peel towers to wildflowers and red squirrels. Then there are the historic mines you can descend into, the stately mansions you can tour, the dark skies you can observe and the local food and ales you can enjoy. High times indeed. 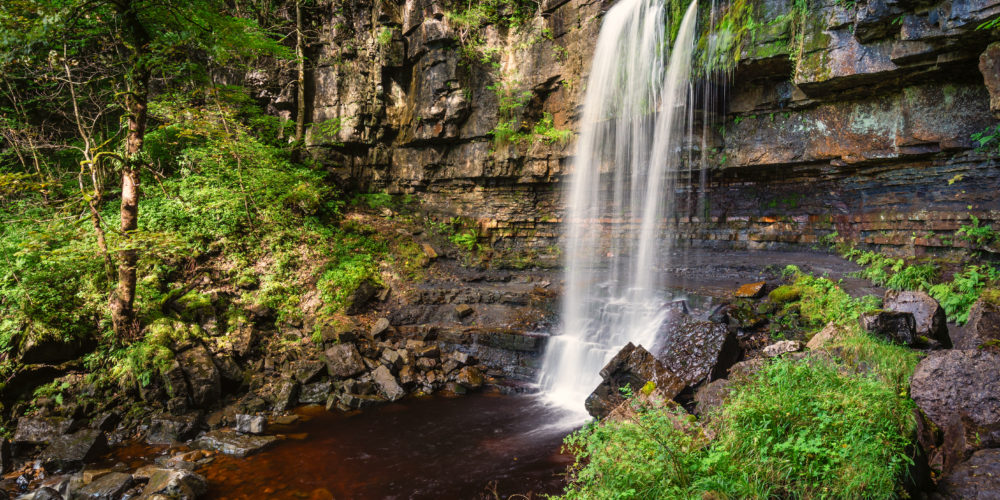 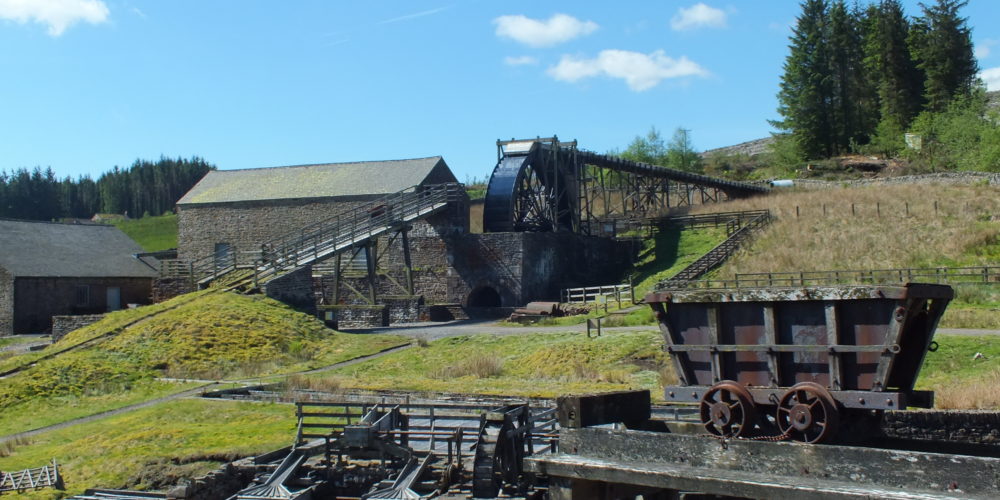 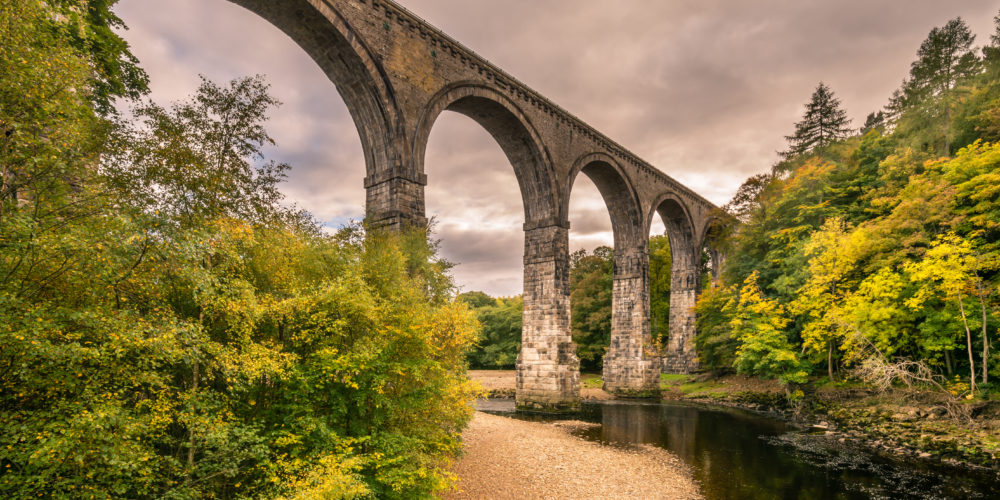 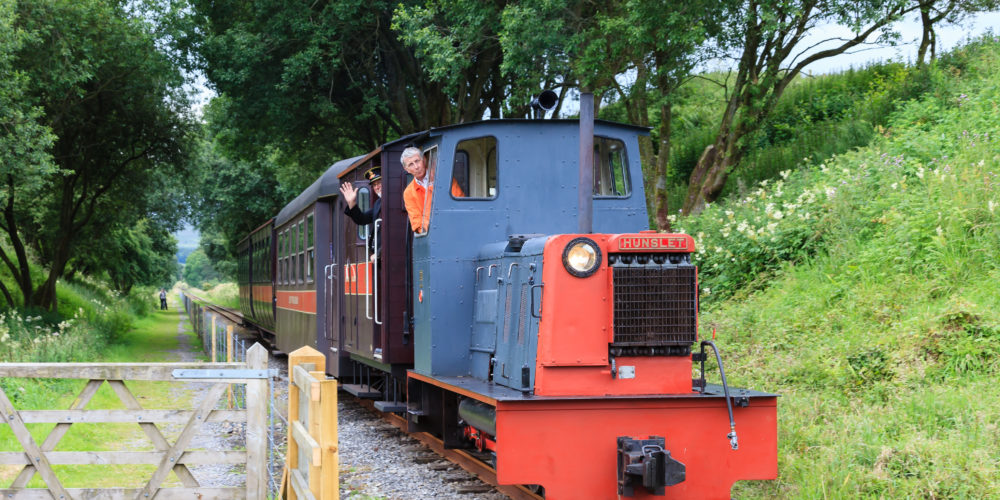 Here’s everything you need to help you plan your very own walking and exploring break in Alston and the North Pennines. Click on the blue arrow tabs below for more information. To save this itinerary to view later, use the Save to My Rucksack button at the top of the page.

Head to the handsome Pennines market town of Alston for a five-day journey around the North Pennines Area of Outstanding Natural Beauty – an area that encompasses wild moors, mining heritage, abundant wildlife, wetlands and waterfalls, and some of the best starry skies.

Alston claims to be England’s highest market town. Disputed? Perhaps. But what isn’t is that this North Pennines hub, right on the Pennine Way, is a great base for exploring the country’s most dramatic uplands.

Start by taking a walk around. Follow the cobbled main street to the old market cross, pop into St Augustine’s Church, browse the ceramics gallery, learn about local history at The Hub Museum and pop into a pub for a real ale by a real fire.

This afternoon, gain a better understanding of Alston’s centuries-old mining heritage by visiting a local mine. Nearby Nenthead was one of the largest Victorian mining and smelting sites in England – now, don a hard hat and take a guided walk underground. At Killhope Mines, as well as wading through the 19th-century tunnels, try sifting the silt, to see what minerals you can find.

Day 2 Alston: Along the Pennine Way

It’s time to stride out on the Pennine Way. A relatively gentle figure-of-eight walk from Alston, part using the National Trail, combines green valley sides, drystone walls, Roman remains, heritage railway tracks, the banks of the River South Tyne, lovely views and, with luck, red squirrels. Take a picnic – stock up on goodies such as local cheese and Mr Vikki’s chutneys at Alston Wholefoods before you leave.

For some post-walk retail therapy, drive 25 minutes north to Allendale, where the Forge Studios are brilliant for browsing: see artists at work, peruse the shop, check out the gallery and stop for homemade cake in the cafe.

Alternatively, drive 25 minutes east to the quiet village of Allenheads. Visit the Old Blacksmith’s Shop and heritage exhibition and rest in the walker-friendly pub. Then take a short amble around the former Allenheads Mine site to explore the remnants of its workings and its 300 million years of geology. There are good views over the East Allen Valley, too.

If you can, stay until evening: just up the hill is the North Pennines Observatory, where experts can help you navigate the area’s internationally-lauded dark skies.

Today, take a ride on the South Tynedale Railway. The highest narrow-gauge railway in England, it rolls from Alston to the village of Slaggyford and back, via classic Pennines countryside – the return trip takes around 90 minutes. The Victorian station in Alston now houses a discovery centre and welcoming cafe.

Grab a light lunch before heading south to the valley-tucked village of Garrigill – it’s a ten-minute drive or a 6km hike along the Pennine Way.

From Garrigill, take a wet and wonderful walk to Ashgill Force; follow a series of river cascades through the green vale to Ashgill itself, which tumbles in a natural amphitheatre. It’s especially spectacular after a glut of rain.

Day 4 Alston: On The Wild Side

With its mix of heather moors, peatlands, woodlands, dales and meadows, the North Pennines are home to a wealth of wildlife – especially if you know where to look. So, today, let Northern Experience Wildlife Tours take you on safari.

Spend a whole day with a guide, searching for animals and wildflowers; watching wading birds displaying on the moors in springtime is up there with the country’s best wildlife spectacles.

You can also extend your day-trip into twilight, to explore Northumberland’s Gold-rated International Dark Sky Park with proper kit and an expert astronomer. On a clear night, you’ll see a dizzying array of stars.

If you’d rather walk than safari today, consider driving west to Little Salkeld instead. A short circular stroll from this small village packs in huge variety. Start at the working 18th-century watermill (buy its flour at the on-site shop) and walk out into the Eden Valley via a hermit’s cave, a lost village, a 13th-century church and Long Meg and Her Daughters – one of the biggest stone circles in England, dating from around 1500 BC.

Drive back to Alston via Melmerby, to stop for sustenance and gift-shopping at the Old Village Bakery.

Only a five-minute drive north of Alston is Epiacum Roman fort, the highest stone-built Roman fort in Britain, scattered across a working farm. You will have passed it on your Day 2 walk along the Pennine Way but it’s worth returning to its trails to learn more about the prehistoric peoples, legionnaires, Border reivers, sheep and skylarks whose stories are woven into the site.

Then head north to Geltsdale (30 minutes), an undulating and utterly remote RSPB Nature Reserve. The bog, heath, grassland and meadows here support huge numbers of breeding birds, from black grouse and golden plovers to ring ouzel and hen harriers. Follow the nature trails to tick off species and to take in sweeping views across north Cumbria, the Cheviots and the Scottish hills.

Or you could end your trip with something completely different. Head west towards Penrith instead, to spend a day admiring a cluster of magnificent mansions.

Palladian-style, pink-stone Dalemain (40 minutes from Alston) is one of the most beautiful stately homes in the North West. Tour the historic house, roam the gardens and eat lunch in the Medieval Hall Tearoom.

On the edge of the Lake District, Hutton-in-the-Forest (45 minutes from Alston) spans the ages, with parts dating from medieval times to the Victorian era – the handsome home is still inhabited. Admire the interiors before walking through the walled garden to the woodland beyond.

Lowther Castle is an intriguing alternative. Only the facade remains of his huge 19th-century pile. The surrounding estate is riddled with walking and cycling routes (bikes can be hired on site); it’s also being rewilded, with beavers introduced in 2020. The classy cafe is perfect for an end-of-trip lunch.

Overnight in Alston or the surrounding area. There are many options – see Accommodation, left.

The North Pennines region has a variety of options, from hotels and hostels to family-run B&Bs.

There are plenty of walking and adventure possibilities in the North Pennines, suitable for all abilities.

There’s plenty to see and do around the North Pennines, both day and night – this area has some of the best dark skies in the country.

The North Pennines is challenging but spectacular cycling country – travelling by bike is a great way to explore this wild countryside. The C2C cycle route passes through the area too.

There are many route possibilities from Alston, including a series of circulars. The region’s 18th-century packhorse trails are a playground for off-road riders.

Bike hire is available from Arragon’s Cycle Hire at Penrith and Lowther Castle.

Alston is not easily accessed by public transport. A car is required.

Walks are largely easy to moderate. The main Pennine Way walk is 15km; it’s relatively gentle, considering the local landscape, as it follows the river valley and railway line. There are some muddy sections. For more information on the area, see www.visitalston.com.