Pennine Way: The Southern Peaks From Edale to Hebden Bridge

Walk the opening three sections of the iconic Pennine Way – England’s first National Trail – trekking across the wild massif of Kinder Scout site of the Mass Trespass that opened up access to the countryside for the many – blazing a trail for England’s National Parks and National Trails.

A scenic taste of the emblematic Pennine Way, where you’ll tread the same rugged paths as the Kinder Trespassers, who fought for public access to the wide-open spaces of these windswept moors to escape the soot and grime of the factories in Manchester and Sheffield.

Our 4-day itinerary starts in the pretty Peak District village of Edale – traditional starting point for the Pennine Way and winds its way across the moors and valleys to the vibrant market town of Hebden Bridge, where a post-industrial town arts and crafts renaissance has transformed this former mill town.

Stretching for some 68km/42 miles, this atmospheric slice of the Pennine Way experience offers a distinctive flavour of the entire 435km/268-mile route – following ancient tracks and drover’s paths over hill and dale and across the lonely uplands that form the very spine of England. 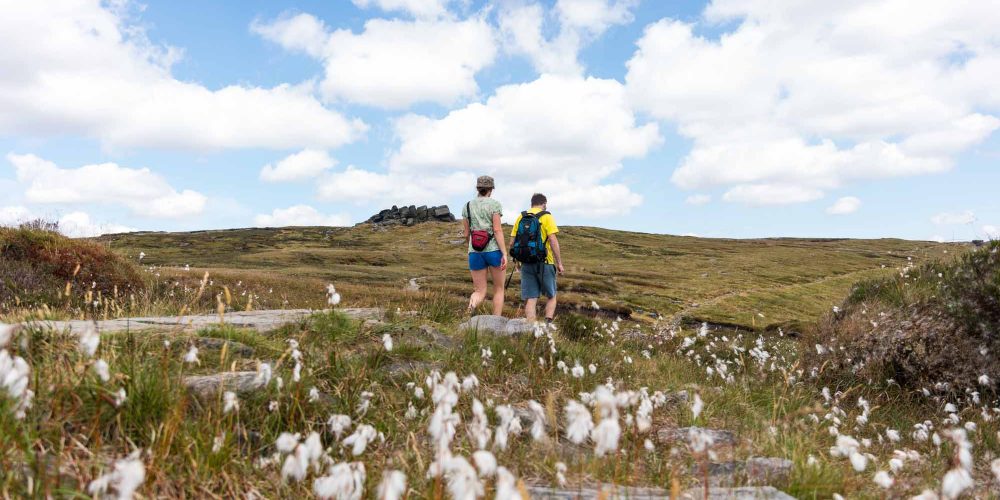 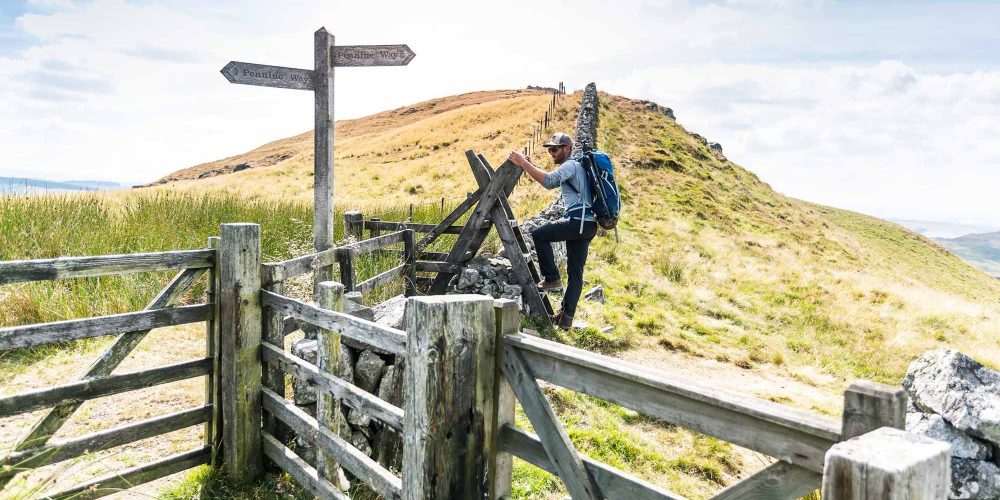 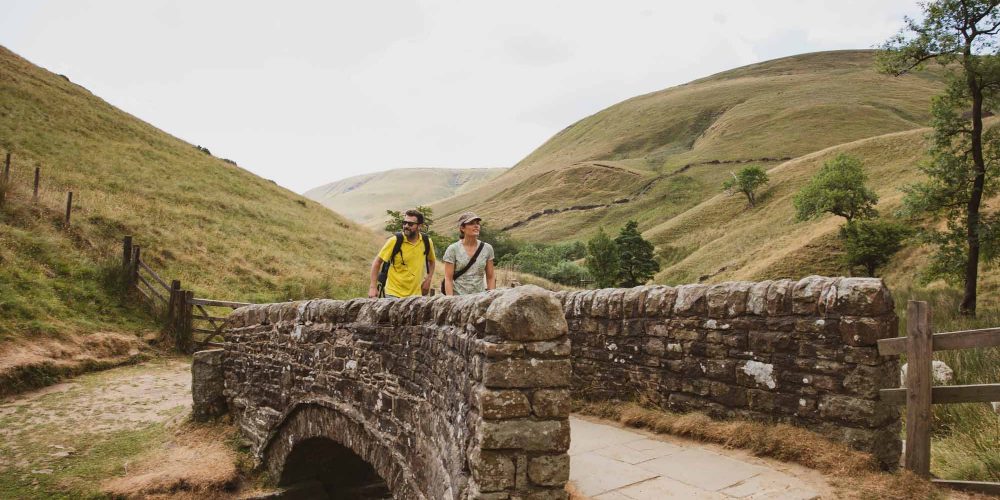 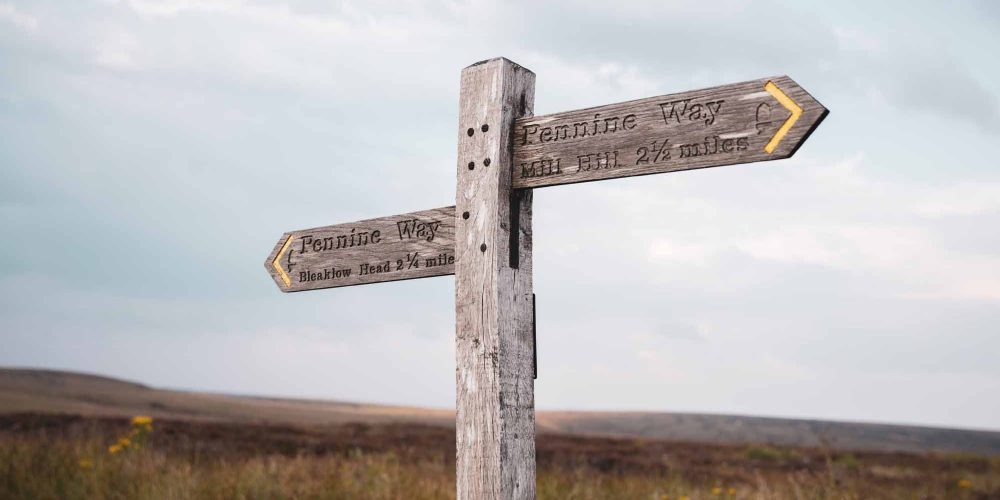 Pennine Way: The Southern Peaks From Edale to Hebden Bridge

Starting in the pretty village of Edale – gateway to the Pennine Way – our itinerary crosses the Kinder Plateau and the lonely vastness of Bleaklow, visits the distinctive formations of Laddow Rocks and the prominent landmark of Stoodley Pike before descending into the valley bottom to wind up at Hebden Bridge.

Arrive at Edale train station from where you can take a short circular walk up to Mam Tor. This rewards walkers with some majestic views and familiarises them with the lie of the land. The path follows a circular route through classic Peak District countryside and can be easily extended along Rushup Edge.  Return for refreshments at the wide choice of cafes and pubs in Edale.   5.5km/3.5 miles

An early start for the stiff ascent up the direct route of Jacob’s Ladder onto the Kinder plateau – site of the 1932 Mass Trespass. This steep, stone pitched path was once used by Jacob Marshall as a short cut whilst his pack of ponies transported goods across the Pennines.  Admire lofty panoramic views from the summit before continuing north onto Bleaklow, where the extensively restored peat bogs are alive to the sounds of birdsong in spring and summer. Continue with the long descent into the small High Peak village of Crowden, nestling among the reservoirs in the valley floor.  26km/16 miles

Ascend the plateau again to Laddow Rocks for extensive views back across the valley, before striking out over the flagstone paths of Black Hill – so named because it was covered in soot from the chimneys of the milltowns to the east and west.  It was the workers from these industries who sought sanctuary in the clean air of the high moors above the valleys who organised the trespass to urge landowners to grant access to their land-holdings up on the Peak. Continue past reservoirs, built to serve Sheffield and Manchester to reach Standedge on the Derbyshire-Yorkshire border.  18km/11 miles

Climb White Hill before crossing the M62 motorway on the lofty purpose-built footbridge and continuing onto Blackstone Edge – a broad whale-back of rock providing stunning views. Cross the ancient Roman Road straddling the Pennines – restored as a pack-horse route in the 18th century and pass the Aiggin Stone – a medieval way-marker to guide people across the ridge.  After a quick pint at the White House pub, the final section of the trail crests the steep contours of Stoodley Pike topped by a Victorian tower, before descending to Hebden Bridge. This town was originally avoided by the Pennine Way because of its industrial nature but has revived itself with an ‘alternative’ culture’ and many great cafes, pubs to celebrate the completion of your walk.  18km/11 miles

Accommodation is limited to a handful of B&Bs, hostels and inns on this section of the Pennine Way, but short detours to larger towns like Glossop or Saddleworth increases the options. Camping or glamping is another option – with sites at Edale, Crowden and Standedge. Plenty of accommodation in Hebden Bridge.

Ferry to Hull, then M62 to edge of Manchester and A6 to Chapel-en-le-Frith and onwards to Edale.

These hilly southern sections of the Pennine Way involve around 600-700m of ascent each day and the first day on the trail (Day 2) extends to 16 miles. Regular walkers with a reasonable level of fitness should cope well, but for less frequent walkers with little experience of hill walking, a little preparation will make the experience more enjoyable.

Options are limited to pubs and inns directly on the trail but detours to the larger towns offer more choice. A wide range of traditional ales is usually found on the bars of most of the pubs on or near the Pennine Way, with an emphasis on refreshing golden or pale ales. Hebden Bridge has a huge array of cafes, bars and restaurants – including vegetarian, organic and vegan options – and the highest concentration of independent breweries and pubs in England. 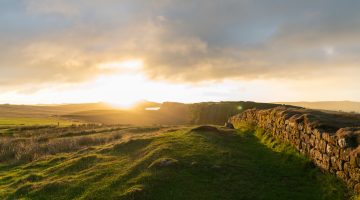 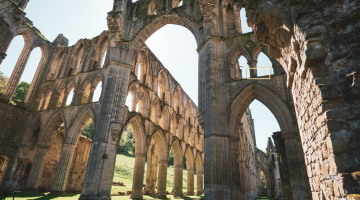 Home » Out of Edale: An Introduction To The Pennine Way