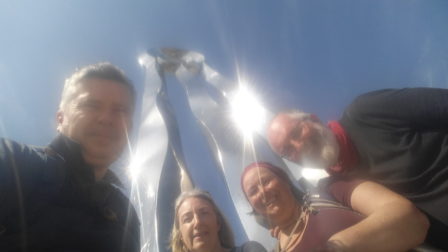 Completed the ODP with Ben & Kara (also in the hall of fame). South to North for us all.A few years for the entirety of the trail mainly weekend walking but in all kinds of weather. Particularly recall walking up to unexpected snow last April.The trail reminds us of what spectacular and varied countryside we have. The early views over Tintern Abbey with the Wye meandering alongside, Pontstycyllte Viaduct towards the end and all the hills and ranges in between. Thanks to those maintaining the trail, superbly signposted - I don't think we put a foot wrong, well maybe after the occasional pint!