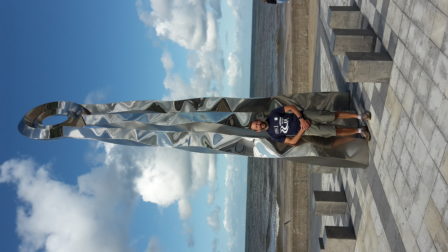 I completed the trail over a couple of weeks starting the 26th August 2017 through to the 8th September 2017.  I had two fellow walkers with me and we set off heading south to north from Sebury at the Severn Estuary.  This was to be the longest walk we had completed in one go so we set off excited but a little nervous.  We had travelling support with us who dropped us off and picked us up each day which made logistics so much easier and the walks more comfortable.  We were so lucky with the weather during the walk and saw little more than a couple of showers (we had planned for the worst) which made the walk even better.  The terrain was varied, a real mix of hills, woods and flat areas all of which had something to offer.  We had two different guide books with us and planned points of interest for each day which was great.  The route was generally well signposted but we did notice a couple of sign posts with missing signs.  Also the path crosses several others all of which were often marked with very similar yellow arrows, as such we did venture of the trail a couple of times but were able quickly retrace our steps. The countryside was truely beautiful and we were surprised how few people we passed/met on the trail.  As we walked to the seafront and the monument at the end of the walk there was a real sense of achievement that we had finished but I was also a little sad that the experience was over.  No blisters but a wealth of happy memories, I would recommend this walk to anyone.  Enjoy!