This five-day hiking trip explores the beautiful northern section of the Cotswold Way with a series of short walks across rolling green countryside, the region’s famous escarpment and through pretty market towns and villages. Relax, take it slow, and revel in the English rural idyll.

The Cotswold Way offers over 100 miles of magical walking, with long-distance views and journeys through picturesque villages and past ancient sites. The full National Trail runs from Chipping Campden to Bath and can take up to 10 days to walk, so we’ve put together a shortened five-day itinerary that explores the opening section of this popular National Trail. Covering a total walking distance of 39km/24 miles through beautiful countryside – often along the ridge of the Cotswold escarpment – you’ll finish each day by descending into pretty market towns and villages bathed in the golden light of Cotswold stone.

You’ll explore a landscape that was once the economic powerhouse of medieval England – thanks to the valuable fleeces of its native Cotswold sheep – and stroll through farmland and woodland that inspired 19th century writers and artists. Today the landscape is protected but still bustles with walkers eager to explore its pathways and experience the local food, drink, arts and crafts. 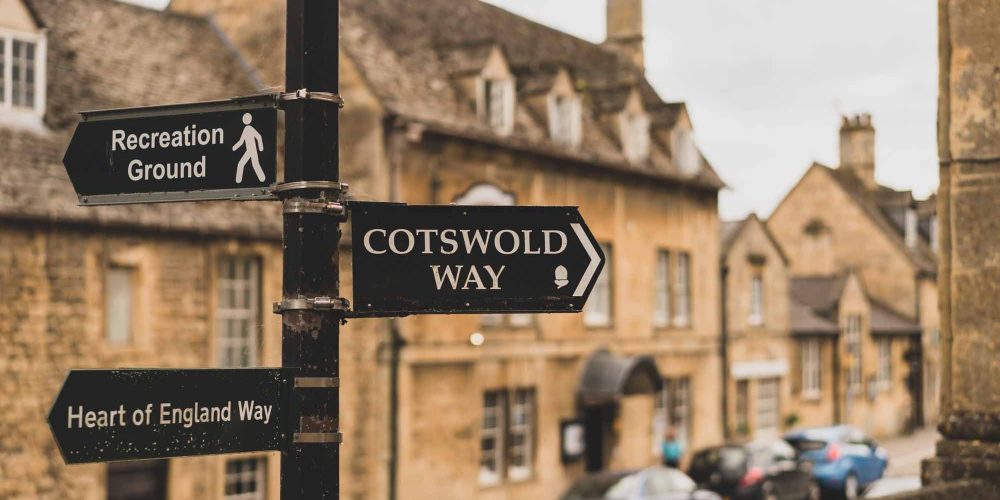 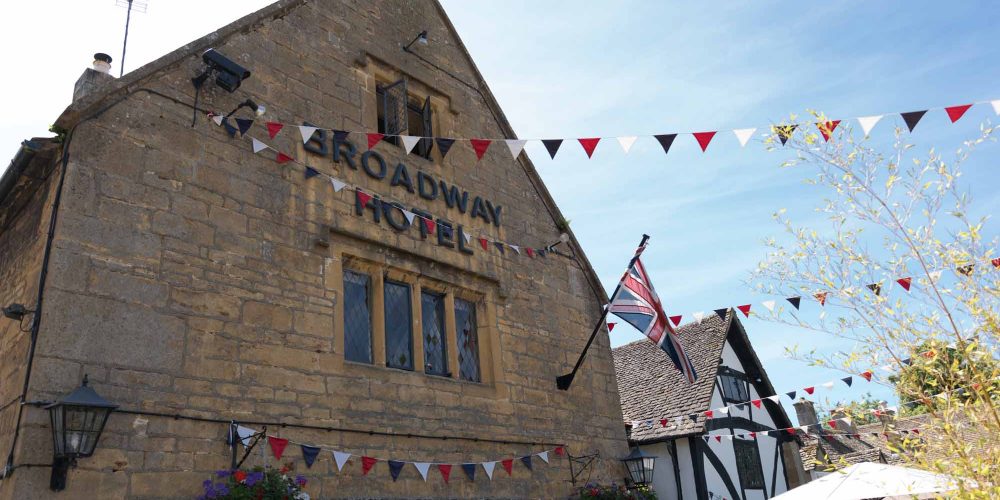 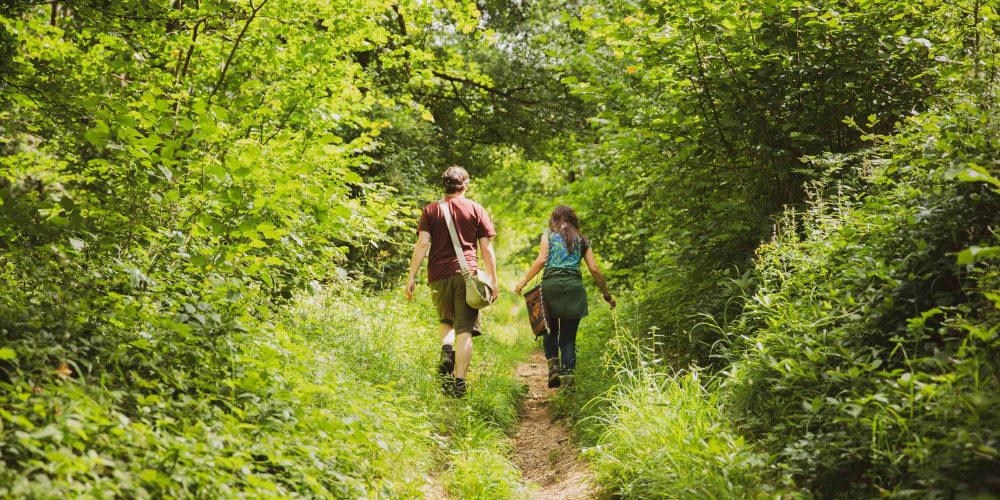 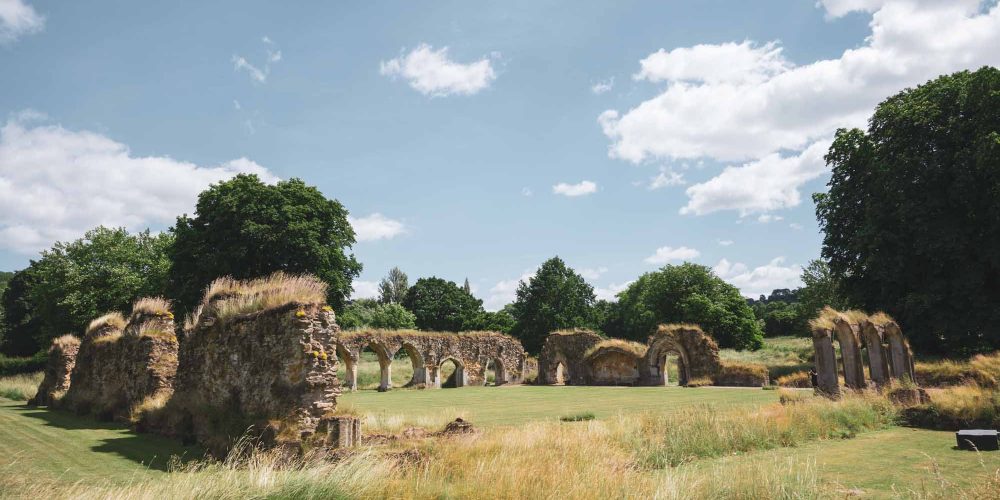 Anyone with good fitness can walk this shortened 39km / 24 mile section of the Cotswold Way. Two of the days are dedicated to exploring the picturesque towns of Chipping Camden and Winchcombe, while the other three are spent on the Cotswold Way National Trail. Expect good paths with some steep ascents and descents.

Spend the day exploring the delights of this ancient town, packed with architectural gems built from honey-coloured Cotswold stone and inspired by early traders. The 15th century St James’ Church is one of England’s finest wool-gothic creations, the 14th century Woolstaplers’ Hall – now a private residence – is where international merchants once met. The Old Silk Mill on Sheep Street still keeps alive ancient handcrafting techniques, and the gorgeous open-sided Market Hall shelters traders to this day.

Leave the town and take the Cotswold Way National Trail onto the escarpment with stunning views from Dover’s Hill. You’ll soon reach Broadway Tower, built in 1798, and if you climb to the top it’s possible to see 10 English counties. The trail then descends into the village of Broadway, with its wisteria-clad cottages, 12th century church and the Lygon Arms country hotel, which welcomed both King Charles I and his rival Oliver Cromwell during the English Civil War. 8km/5 miles.

From Broadway, the Cotswold Way climbs back to the escarpment. Take the footpath detour to Snowshill Manor, a Tudor manor house layered with arts, crafts and military artefacts brought back to life by former owner Charles Page Wade after World War One. Return to the trail through Littleworth Woods to the Iron Age hill fort of Shenberrow Camp. You’ll then descend to the charming village of Stanton, built almost entirely from Cotswold Stone. The 12th century church is well worth a visit.  8km/5 miles.

Start the day  among the parkland of Stanway Estate, with its Elizabethan manor, Jacobean gatehouse, tithe barn and ancient church. Stroll through Wood Stanway village, with a steep climb to the escarpment delivering great views across the Vale of Evesham to the Malverns. You’ll pass the Iron Age hill fort of Beckbury Camp then descend to the remains of Hailes Abbey, founded in 1246 and once a major site of medieval pilgrimage. End the day rambling  through rolling farmland to the town of Winchcombe.   13km/8 miles

Start your tour of the Saxon town of Winchcombe by visiting nearby Sudeley Castle – built in the 12th century, occupied by the 16th century Tudors, destroyed in the English Civil War, then restored in the 1800s by local glove-makers. In the afternoon turn back briefly towards town then take the Winchcombe Way towards Belas Knap, a fine example of a Neolithic long barrow tomb that’s around 5,000 years old. Now return to Winchcombe, following the familiar acorn signposts of the Cotswold Way National Trail.  10km/6 miles

The Cotswolds is incredibly popular with tourists from all over the world, so while there are many options for accommodation, they tend to book up quickly along the Cotswold Way. You’ll find pubs, hotels, B&BS, cottages, campsites and hostels along the trail catering for all tastes and budgets, so plan carefully and try to book somewhere as close to the start and finish of each day as possible.

The easiest airports for travelling to the Cotswolds are Birmingham and Bristol, approximately 1 to 1.5 hours away by car. Of the two major London airports, the region is best accessed from Heathrow.

The Cotswolds Way is at the heart of the British Rail network, with mainline trains to the region from London, the Midlands and the North and the South West of England. Moreton-in-Marsh is the nearest mainline train station to Chipping Camden, so you’ll need to use a bus or taxi service to complete the journey.

The Cotswolds is served by a comprehensive network of road and rail links, making it easy to reach from London, the Midlands and the South West. If you plan to drive, the start point in Chipping Camden is close to both the M5 and M40 motorways.

This five-day itinerary has been designed to let you explore the landscape and soak up the unique and rich history of the Cotswolds on a series of short but spectacular walks that you can enjoy at a leisurely pace. The Cotswold Way National Trail is well signposted and easy to follow, so it’s ideal for enthusiastic walkers with good levels of fitness. Visit in spring for carpets of bluebells, summer for long days of glorious sunshine, autumn for spectacular colour explosions in the trees, and winter for frosty sunrises and roaring fires in the pubs. Don’t underestimate the steep climbs, though, with some days totalling more than 800 feet of ascent. 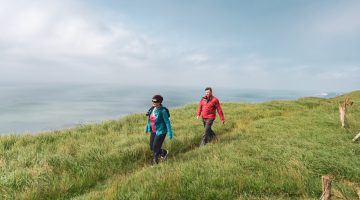 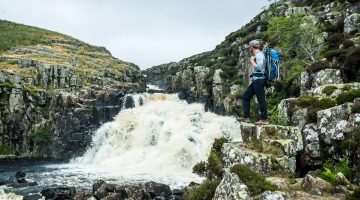 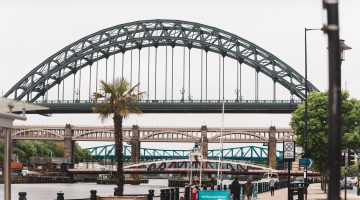