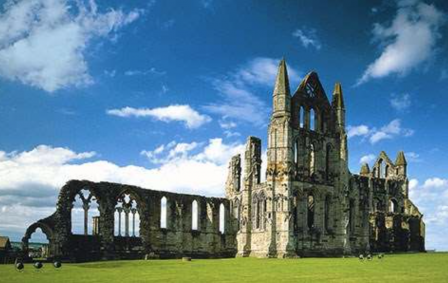 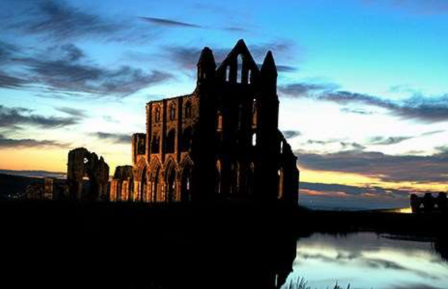 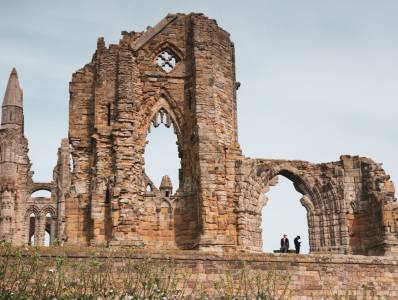 Perched high on a cliff, it's easy to see why the haunting remains of Whitby Abbey were inspiration for Bram Stoker's gothic tale of 'Dracula'. Sink your teeth into years of history, amazing views and a packed events programme, just a short climb away from the picturesque Yorkshire seaside town of Whitby.

Immerse yourself in 13th-century gothic splendour, and roam the ruins of the abbey church, to discover remnants of richly carved details and mouldings.

This spectacular headland was first settled as a monastery in AD657 by King Oswy of Northumbria. It became one of the most important religious centres in the Anglo-Saxon world under the formidable Abbess Hild. She ruled over both men and women in a double monastery called Streaneshalch.

Enjoy exhilarating views every way you turn from this natural vantage point, across the harbour and town, and into the countryside beyond. The ruins of the abbey stand proudly on top of the East Cliff headland above the busy seaside town of Whitby.

If you are feeling energetic, climb the 199 steps up from the town. These were the steps that Bram Stoker's mysterious animal bounded up after it leapt to shore from the deserted ship.