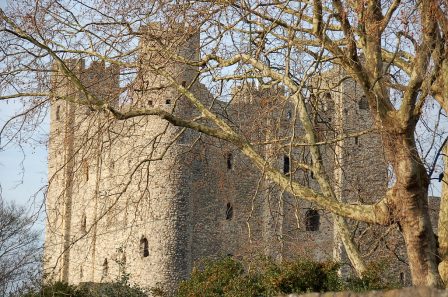 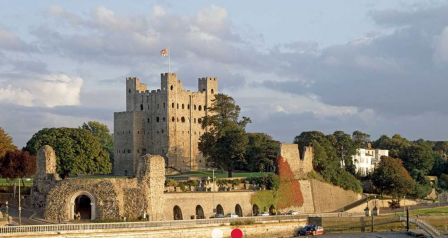 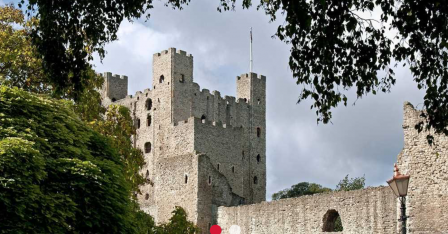 Strategically placed astride the London Road, guarding an important crossing of the River Medway, this imposing fortress has a complex history of destruction and rebuilding. Today it stands as a proud reminder of the history of Rochester along with the cathedral and cobbled streets.

Its Norman tower-keep of Kentish ragstone was built about 1127 by William of Corbeil, Archbishop of Canterbury, with the encouragement of Henry I. Consisting of three floors above a basement, it still stands 113 feet high. Attached is a tall protruding forebuilding, with its own set of defences to pass through before the keep itself could be entered at first floor level.

In 1215, garrisoned by rebel barons, the castle endured an epic siege by King John. Having first undermined the outer wall, John used the fat of 40 pigs to fire a mine under the keep, bringing its southern corner crashing down. Even then the defenders held on, until they were eventually starved out after resisting for two months.